I’m not talking about the kind at the end of a paper or book. I’m talking about your body part the appendix, which the thin 4-inch tube at the junction of your small and large intestine located in the lower right abdomen. Some say it has no purpose. Others say it is the storage unit for the good bacteria of our digestive system, coming to the rescue after a bad bout of diarrhea. For whatever reason, the good old appendix has stayed with us through evolution.

When the appendix is removed, well nothing happens. We only notice this body part when it has to be surgically removed due to appendicitis.  The appendix really only gets attention when it becomes inflamed or infected and needs to be taken out. When a person is experiencing pain to the lower right abdomen, nausea, and vomiting, antibiotics won’t always do the trick.  This leads to a surgery called an appendectomy. Without surgery, the appendix can rupture. Luckily, minimally invasive procedures are being used that help with quicker recovery, less time in the hospital, and best of all… less pain. Chances are slim of this occurring in the body. In fact, males are only at 8.6% risk and females only at 6.7% of contracting appendicitis. Having a low functioning immune system is a probable cause of having this and sometimes drinking contaminated water can be the culprit.

The downside of the appendix is that is can be a store house of tumors with cancer. This is another reason for removal. After an appendectomy, the chances of having Parkinson’s disease later on in life does increase.

So all in all, the appendix is sort of like that ugly vase your great aunt Suzy gave you that is sitting on the table that serves no pretty purpose. It is just there and probably would be better served to be removed from the setting. In the meantime, no harm no foul. But then when it shatters it’s time to clean it up and finally get it out of the house. The appendix is an interesting part of our body due to its “serve no purpose” nature. Since I’ve been working on my Doctorate, anatomy has been ever so prevalent in my life. The appendix is an easy one to remember thank goodness. A fitness journey must go on, with or without that appendix. I’ll never forget the time one of our FIT family members vomited during a workout. That was her appendix…. yep removed and back to workouts the next week. 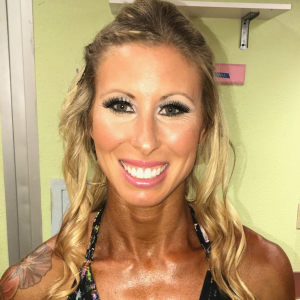